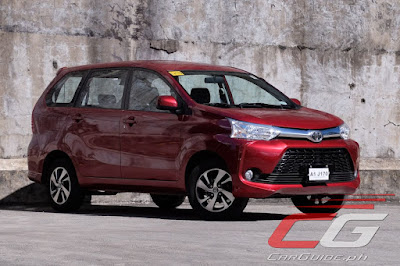 How much are you willing to pay for style? That’s likely the question facing any would-be Avanza Veloz buyer, Toyota’s new top-of-the-line small MPV. Commanding a P 65,000 premium over the Avanza 1.5 G, it offers unique bits (including the paint job) that finally won’t get it mistaken for a Grab car. But in this day and age when small 7-seater MPVs and SUVs fast becoming “the segment”, are these 2018 skin-deep changes worth it?

Sadly, the answer is a definite no. Granted there are those who will continue to swear by the Avanza’s “proper” underpinnings—body-on-frame, rear-wheel drive, the fact of the matter is there are much better choices out there. With the sole exception of being the company’s car plan, it just doesn’t cut it as a refined choice circa 2018.

It rides stiffly, crashing its way through almost anything but the smoothest of concrete. The ride does tend to iron itself when fully loaded, but anything less and it’s firm enough to jolt even the deepest of sleepers awake. The high center of gravity coupled with the tallboy proportions means you can’t get overenthusiastic through corners either. Twist the steering wheel and boy, are you in for a lot of understeer. Thankfully though, it manages to feel planted even at “speed.”

“Speed” is largely in quotation marks because it takes a lot of prodding to get the Avanza to accelerate to decent speeds. Dual VVT-i has given this 1.5-liter motor a more free-revving character, but the throttle has to be worked hard. Having to push 1,100 kilograms, this 102-horsepower and 136 Nm of torque engine merely feels adequate. While it can’t beat the laws of physics, it does have one ally in its corner: the gearbox.

The Avanza’s 4-speed automatic does manage to mitigate a lot of the powerplant’s weakness, multiplying torque to keep some pace going. From a standstill or even when accelerating from a slow speed, there’s a sense of urgency. It’s only when the speedometer reaches 80 km/h that progress grinds almost to a halt. The needle will eventually reach the century mark, but it will also fill the cabin with a booming noise. Despite having to squeeze the engine close to death, fuel economy remains fairly decent: 8.33 km/L.

Settling the Avanza’s performance, it’s time to talk about the Veloz’s unique styling. This is something Toyota’s managed to get right. While the Avanza’s always been a modern, but largely anonymous looking MPV, the Veloz finally gains a lot of Toyota corporate cues. With its X-shaped grille, large front maw of a bumper—it’s more Toyota now than a rebadged Daihatsu. At the back, the changes are minimal, but the taillight garnish extension and the new black chrome plate garnish do work to give it a bit more character. It works so well on the Veloz that it won’t be surprising for Toyota to adopt this design for the entire Avanza line in the near future. The design isn’t without its flaws though: the pillar-mounted antenna’s still there.

The interior is pretty much the same Avanza deal except the brightness has been turned down several notches. It’s done for the sake of sportiness, but what ends up is the cabin just being blacker. And more orange, at least for the gauges and stuff. Everything here is hard to the touch, though admittedly the new color scheme does a pretty nifty job of masking that; ditto the inconsistent panel gaps which become almost invisible to anyone but the most OC.

Overall, the interior feels well-wearing and judging by the condition of this particular test unit upon delivery, can take on heavy-duty hauling duties (there were bits of wood everywhere). The seats are more comfortable than their looks suggest and the driving position is somewhat odd, but comfortable for daily driving.

Depending on the quantity of people sitting in it at any given time determines whether or not one considers the Avanza spacious. If five’s the norm and seven the exception, it gets two thumbs up. The first two rows offer ample comfort even during long rush hour traffic. With all three rows in use, it still gets a thumbs up given the second row actually slides forward to accommodate the knees of those in the third row. Even then, the last row’s best imagined as a pair of emergency jump seats. Still, at least everyone gets their own headrests, even the often forgotten second row middle seat. Oh, and the third row folds up in a 50/50 split when not in use revealing a vast loading bay. Securing it requires a rudimentary hook to the second row’s headrest, though.

In as much most people would be willing to pay premium for a bit of style, in the case of the Avanza Veloz, that price is just a bit too rich. While the G grade may still get away as a practical small family workhorse, sprinkling magic fairy dust on a donkey won’t turn it into a stallion. The Avanza Veloz’s biggest problem though is from a Toyota sibling: the much-awaited Rush. Given the sex appeal of a small SUV over a small MPV maybe the Avanza Veloz’s final nail to its coffin.