Why Did Mazda Decide to Put Skyactiv-X in the Mazda3? 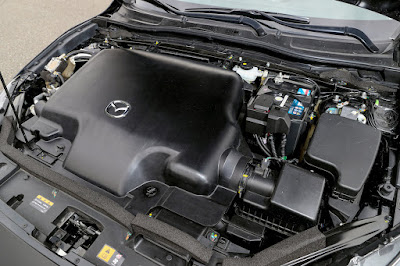 Carmakers are normally predictable when it comes to their product lifecycle. When a new offering is launched into the market, expect a cycle stretching anywhere between 4 to 6 years. That’s also pretty much the case with Mazda. Although the Hiroshima-based carmaker has embarked on what they call “Bundled Product Planning”, where they introduce tweaks or changes every year, they still haven’t escaped the basic 4- to 6-year cycle.

Currently, the carmaker is on what they call the 6th generation model. All fitted with Skyactiv Technology, they’ve begun to focus on brand values and increase volume as part of their Structural Reform Stage 2. By the end of 2019 though, the carmaker is shifting to their next mid-term plan and with that, the seventh-generation models.

Asking Mazda’s Executive Officer in Charge of R&D Administration and Product Strategy Hidetoshi Kudo reveals an interesting insight on why the carmaker opted to start the 7th generation with the Mazda3.

“The Mazda3 is our core model and is very important to us. This is one of the reasons why we chose it to debut our next-generation technologies such as Skyactiv-X and Skyactiv-Vehicle Architecture,” Kudo-san explained. “We want to make the most impact with our new technologies, so we chose the Mazda3.”

However, Kudo-san also admits that the decision has something to do with the about-to-be-mass produced Skyactiv-X. Displacing two liters, it makes the most sense to introduce that engine first in a compact car such as the Mazda3.

When asked whether the Skyactiv-X will be launched in a smaller or bigger displacement, Kudo-san let out a wry smile.

“From an engineering standpoint, it’s possible. However, right now we are concentrating on putting the 2.0-liter Skyactiv-X into production. We want people to experience this technology. And of course, we cannot comment on future products.”
at 4:51 PM