Mazda's Skyactiv-Vehicle Architecture: It's All Come to This (w/ Video) 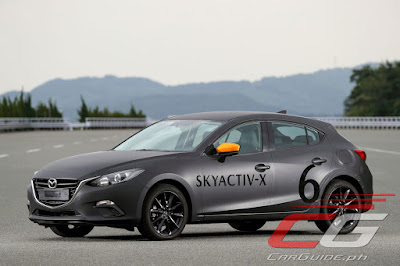 Everything Mazda’s been working on from its monotsukuri innovation, bundled planning, and common architecture is coming together with this: their all-new platform which they call Skyactiv-Vehicle Architecture. Underpinning future Mazda vehicles starting with the all-new 2019 Mazda3, it’s meant to deliver the ultimate feeling of oneness with the car by optimizing innate human abilities.

Here are 5 key points you should know about Skyactiv-Vehicle Architecture:

Mazda isn’t looking at Skyactiv-Vehicle Architecture in the traditional sense where it’s simply a platform or top hat. Instead, it’s a holistic approach, encompassing total vehicle development from the platform, body, and chassis to even the seats and tires.

Seeing it bolted onto the current Mazda3 means it’ll be more or less the same size as the current vehicle, a fact confirmed by Mazda’s Executive Officer in Charge of R&D Administration and Product Strategy Hidetoshi Kudo.

Having announced its “Human-centric Design Philosophy” back in 2016, Skyactiv-Vehicle Architecture brings that one step forward. The evolution of the individual Skyactiv has come to this. With every element fully integrated, this new vehicle architecture is said to optimize innate human abilities improving both driver input and car feedback. As a result, the car can quickly respond to changes in the driving environment while its occupants will be made more comfortable.

Mazda studied the human walk as basis for its Skyactiv-Vehicle Architecture. While walking looks deceptively simple, the body naturally balances itself using its shoulders, chest, and pelvis. This is all while it keeps the head motion suppressed (the head bops up and down 40 millimeters while walking, but you never realize it).

#3. Relying on the ability to balance

With that, Mazda is looking to exploit the human ability to balance itself to deliver what its engineers call the “ideal state for a car.” Keeping the occupants’ head stable just like walking is key and they’ve done so by keeping the spine at its natural S shape and use the legs and pelvis as sort of springs—transferring road feedback just like walking.

While the new architecture is 10 percent lighter than the current platform, the work doesn’t just start and end with weight. Instead, the real work here is to make sure the overall mass enables smooth movement—akin to balancing on a sphere. They’ve achieved this by looking at how forces act on a vehicle and by controlling it by adding rigidity, especially diagonally and employing a torsion beam axle.

Moving its upcoming Mazda3 from a multi-link independent rear suspension to a torsion beam axle one sounds like a downer, but Mazda does have reasons to their madness. First, this simpler setup allows engineers to fine tune the chassis across a variety of road surfaces. Second, it allows for less noise, harshness, and vibration (an acknowledged Mazda weakness) to enter the cabin because the torsion beam connects the rear wheels with a single steel subframe that twists via a transverse beam. Third, it’ll allow for expanded rear seat and cargo space without having to lengthen the wheelbase as much.

For those wanting a sportier driving experience, don’t fret. Mazda’s torsion beam design is unique in that it broadens at the ends strengthening the area near each wheel helping minimize alignment distortion through the suspension’s vertical travel. Mazda also said that during their test parameters, this new set-up is far more superior than the current model’s independent multi-link setup in “every aspect.”

Realizing that a car’s smoothness is dictated largely by perception (typically the difference between what the human body perceives and what the car actually goes through), Skyactiv-Vehicle Architecture adds ring structures to improve diagonal stiffness by 30 percent compared to the current model. With that, forces that act on the car are transmitted almost instantly keeping the occupants stable.

At the same time, instead of just focusing to reduce cabin jolting (the traditional thinking), Mazda is now using the entire vehicle, starting from the body’s rigidity to the tires, wheels, spring and damper, and even seats to mitigate unwanted forces acting on the car over a period of time. In fact, in their studies they’ve actually opted for softer tire sidewalls allowing G-Vectoring Control to work better.