This is the Safest Car Ever Made 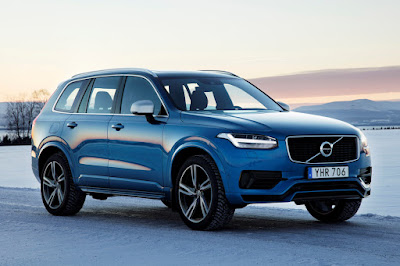 Volvo has made a bold prediction that no one will be killed or seriously injured in a new Volvo car or SUV by 2020. While that statement sounds close to impossible, it’s not. In fact, the figures from the independent UK-based laboratory Thatcham Research reveals that no one has died in a Volvo XC90 in the past 16 years. This makes it the safest vehicle ever tested by the laboratory.

Since its launch in 2002, the Volvo XC90 has sold over 50,000 examples in the UK and yet, its death record is absolutely spotless. Thatcham Research attributes this to Volvo’s early adoption of hazard detection technology that warns drivers of potential collisions. An example of this is Autonomous Emergency Braking or AEB which automatically applies a car’s brakes to prevent a collision from happening. Thatcham calls AEB “the most significant [safety] development since the safety belt.”

Volvo fans will note that the XC90 wasn’t offered with AEB initially. Yet, Thatcham attributes its blemish-free record with its excellent passive safety features such as its structure, airbags, and seat belts. With AEB now standard on the current XC90, Thatcham says they expect the data to be even better.

Volvo continues to embark on this ambitious safety goal globally. Currently, the Swedish automaker has already begun tracking how many people die in their vehicles in order to monitor their safety. It also helps engineers develop or enhance safety technology before it is rolled out in a new vehicle. It also helps the company predict how safer its vehicles are with each new advancement.

Ultimately, Volvo aims to put all these technologies together and develop a car that can drive itself. Like a number of automakers, Volvo has promised self-driving cars by 2020.
at 10:28 AM