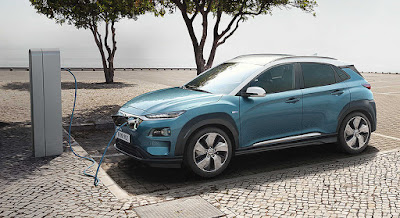 Hyundai Asia Resources, Inc., (HARI), the exclusive distributor of Hyundai vehicles in the country is committed to ramping up the adoption of electrified vehicles out of fear that the Philippines will get left behind by its ASEAN neighbors.

Speaking at the Association of Vehicle Importers and Distributors (AVID)’s first automotive industry briefing this year, Dr. Jose Bienvenido Manuel Biona, a full-time professor at the Gokongwei College of Engineering of the De La Salle University said that countries such as Thailand and Indonesia have already laid down ambitious electrified vehicle programs.

For its quicker adoption in the Philippines, Dr. Biona suggested that aside from fiscal and non-fiscal perks, the country could also develop “lead cities” or communities where the government can easily meet the demand for transport by introducing electric vehicles and the accompanying infrastructure. Dr. Biona suggests its deployment in areas like Boracay where EVs can make a positive impact on tourism.

Separately, this strategy was already suggested once before by another electric vehicle pioneer, Nissan. Then Nissan Philippines President and General Manager Ramesh Narasimhan suggested that EVs be introduced in smaller, enclosed areas before their deployment to large metropolitan areas.

For its part, HARI is closely working with Hyundai Motor Corporation to invest in developing the local electric vehicle industry. Additionally, HARI is making a concerted effort to help the government in welcoming investments in EVs.

In April 2018, Hyundai introduced the Ioniq Hybrid to the Philippine market, making it the brand’s first mass-market hybrid. HARI then debuted the Kona Electric, the country’s first commercially-available fully electric vehicle, in April 2019.

Said HARI President and CEO Ma. Fe Perez-Agudo, “We are encouraged by our government’s increasing focus on the environment by inviting South Korean automotive players to invest in the promising local EV industry. Already, the Philippines and South Korea are working to forge a bilateral free trade agreement (FTA) that will pave the way for increased market access, including automotive products. On our part, we continue to work closely with industry and government partners to help create an environment that will spur the development of the country’s EV industry.”

Ms. Agudo added that, outside of lowering import taxes and other fiscal incentives, government should also look into non-fiscal incentives such as free registration for hybrid/EV vehicles, parking, and toll fees to encourage the shift to more eco-friendly modes of transport.

“This goes beyond Hyundai’s business,” she said. “This is about leaving a lasting legacy for future generations. We believe in doing business right and through the EV space, we will boost the competitiveness and overall sustainability of our country for years to come.”
at 6:00 AM