Which is the Best Value Performance Car in the Philippine Market? 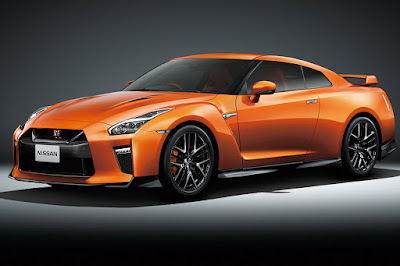 This year is turning out to be the year of the sportscar. With the introduction of the MX-5 RF 30th Anniversary Edition and the impending arrival of the much-awaited Toyota Supra next week, at least six “affordable” sportscars / sports sedans have entered the market: BMW Z4, Chevrolet Camaro and Corvette, Hyundai Veloster N, Kia Stinger GT, Lexus RC F.

With that, it’s an opportune time to analyze this growingly crowded market—performance-related automobiles priced from two million to ten million pesos—and see which one actually offers the “best bang for the buck.”

Discounting brands that quote prices only “upon application” (Porsche, Jaguar, etc.), and those who’re being phased out (C 250 AMG, SLC 300), it’s easy to assemble a line-up of 25 vehicles that offer some sizzle. 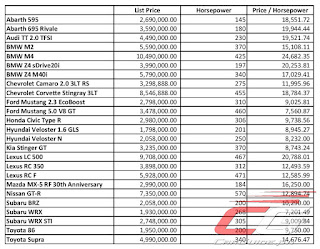 Despite the Nissan GT-R’s outright grunt advantage, it’s easily just mid-field in terms of value at P 12,894.74 per horsepower beaten even by the Lexus RC F. That said, it outshines the Toyota Supra, Mazda MX-5 RF 30th Anniversary Edition, Chevrolet Corvette Stingray, and the Lexus LC 500.

Of course, for people buying a performance-oriented car, horsepower is just one measure. Others look at design, brand prestige, handling, and in the case of the Mazda MX-5 RF 30th Anniversary Edition, exclusivity.

If you feel the need to geek out a bit, you can check the chart below, it might make for some good bar or coffee break conversation later. 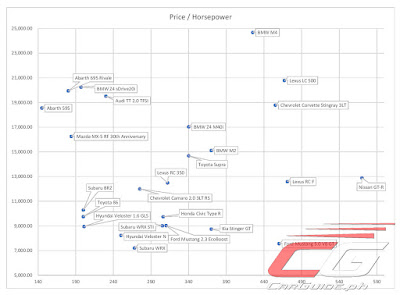