Mazda, Toyota, Honda Vows to Spend on R&D Even as Profits Plunge 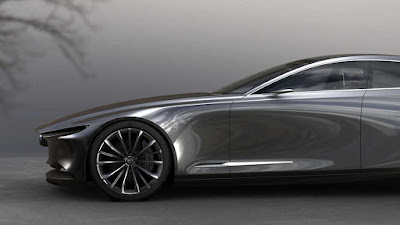 Hard hit by production stoppages and weakening sales, some carmakers have turned to conserving cash as means to ride out the coronavirus pandemic; but not for Mazda, as well as Toyota and Honda. These automakers intend to continue spending and developing next-generation technologies.

A report out of Automotive News (subscription required) says these three automakers are keeping their focus squarely at the long-term. Mazda which booked a net loss of 20.3 billion yen, and a 20 percent decline in global sales (January to March 2020) says they will continue to set up their development game. Quoting Akira Koga, Mazda senior managing executive officer:


“We will not relent in our investment in development and facility for our future growth. We will continue and step it up.”

These sentiments are echoed by Toyota President Akio Toyota. Despite suffering an 86 percent net income tumble, he suggested that it’s shortsighted of companies to cut back on advanced research or programs to save money in the short term. He said:


“I sense that there seems to be much talk about a V-shaped turnaround. By deciding to stop various things, an individual company can turn its results around. It bothers me that such action often seems to be praised. That’s not right. This is how I feel.”


“In order to survive, we will continue to invest in the next-generation technologies at all cost. We have no intention of scaling it down.”

For fiscal year 2020-2021, Toyota will actually increase its R&D outlay from 3.7 to 4.6 percent of revenue. Meanwhile, despite selling just 1.42 million vehicles compared to Toyota’s 10.46 million, Mazda will spend 3.9 percent of its revenue on R&D. And while Honda hasn’t released a figure, last year, it funneled 5.5 percent of its revenue into future technologies.

This kind of thinking contrasts with other carmakers such as Ford and General Motors which have previously announced cutbacks to its long-term technological investments. It remains to be seen what road other Japanese carmakers such as Nissan and Mitsubishi will take.
at 9:53 AM