Despite Coronavirus, Geely PH is Confident of Achieving 2020 Targets 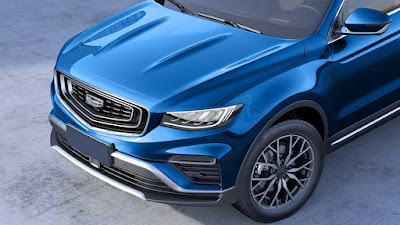 Despite the challenges of doing business in the “new normal,” SGAP remains confident that they will be able to achieve their 2020 targets.

Notwithstanding losing almost three months’ worth of retail sales due to a work stoppage at Geely’s plant in China as well as the implementation of ECQ in the Philippines, SGAP remains confident in achieving an average of 150-unit sales per month.

From September 2019 to April 2020, Geely sold 524 units of its Coolray B-segment crossover (295 from February to March alone), enabling them to capture third place in the combined CAMPI and AVID tally. With the start of sales of its Azkarra, they are confident that this number will increase even more. Geely has joined the Association of Vehicle Importers and Distributors (AVID) last February.

“Geely in the Philippines has had a very good start since its launch in September,” says Mikihisa Takayama, SGAP President. “We exceeded our sales targets for both January and February, despite being limited to just one showroom. We almost had no inventory of Coolray by the end of February.”

Takayama admits though that March and April were supposed to have been a period of brand strengthening with two dealerships—one in Metro Manila, and another in Cagayan de Oro slated to have opened. The COVID-19 pandemic, and subsequent government mandated quarantine measures have affected these plans, though they are confident of being able to “catch up” in the next few months, and that their year-end target is still achievable.

Moving on, SGAP will start to focus on the online space beginning with the virtual launch of its Azkarra compact SUV on Saturday, May 30. Geely calls it the “first full production digital automobile launch in the Philippines,” and will be streamed via Geely Philippines’s Facebook page, YouTube channel, and website.
at 12:28 PM