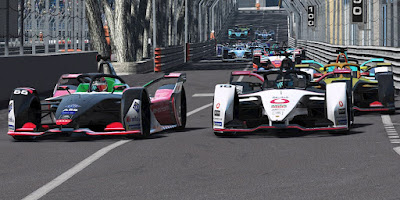 Who would have thought that a motorsports professional would resort to cheating in a virtual race that had no bearing to its real-world counterpart?

Motorsports website The Race reports that Formula E Audi Sport driver Daniel Abt had to confess that he wasn’t rally e-racing in the Race at Home Challenge. Organizers cross-referenced his IP address, and found that he couldn’t have been at the wheel during qualifying and the race proper. This was after his fellow drivers raised suspicions beforehand.

Abt is believed to have used professional esports competitor and Audi affiliate Lorenz Hörzing to drive for him during the challenge.

Suspicions first rose when Abt qualified second for the Berlin E-Prix, and ultimately finished third—far better than any of his previous performances. It didn’t help that the face on Abt’s feed was obscured, and that his separate Twitch account wasn’t streaming as normal.

The Race at Home Challenge puts both esports and Formula E drivers together, with extra scrutiny towards the real-life racers. Formula E drivers have to use a standardized rig and software kit to level the playing field.

Abt has then issued an apology:


“I would like to apologize to Formula E, all of the fans, my team and my fellow drivers for having called in outside help during the race on Saturday.

“I didn’t take it as seriously as I should have. I’m especially sorry about this, because I know how much work has gone into this project on the part of the Formula E organization.

“I am aware that my offence has a bitter aftertaste, but it was never meant with any bad intention.

“Of course, I accept the disqualification from the race. In addition, I will donate 10,000 Euros to a charitable project.”

With his unsportsmanlike move, Abt has been banned from the rest of the Race at Home Challenge.

Email ThisBlogThis!Share to TwitterShare to FacebookShare to Pinterest
Filed Under: Audi Corporate, Motorsports