German Government Raises Concerns as Geely, BAIC Race to Up Stake at Daimler 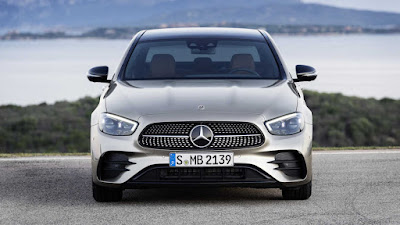 Geely Automobile Holdings, the largest shareholder in Daimler, the parent company of Mercedes-Benz wants a deeper level of cooperation between the two automakers, a Reuters report said.

While no details have been laid out, Geely currently owns a 9.69 percent stake in Daimler. Geely has also entered into a joint-venture agreement with Daimler to produce its Smart cars as an EV brand in China.

Geely’s move is said to possibly trigger another Chinese automaker, BAIC to double its stake to around 10 percent in the German automaker in a bid to upstage its compatriot. This move will win BAIC a board seat in Daimler.

News of Geely and BAIC’s competition in Daimler has prompted the German government to closely monitor the situation. This is due to heightened concerns in both economic and security aspects, especially in the automotive sector—a traditional area of strength for Germany.

Geely’s holdings include Volvo Cars and Geely Automobile. In 2017 Geely spent USD 3.9 billion to become the biggest shareholder of Volvo AB, which is the world’s second-largest truck maker.

Geely also won control of British sports car maker Lotus in 2017, while in 2013 it purchased Manganese Bronze Holdings, rescuing the maker of London’s iconic black cabs after it entered bankruptcy. London Electric Vehicle Co., as the taxi maker is known, is preparing to launch a new electric van this year.