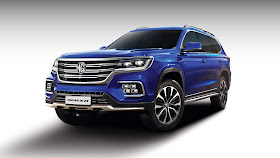 MG is set to bring in their own 7-seater SUV, and we don’t have to wait that long. Sources say that after a canceled preview at April’s Manila International Auto Show (MIAS), Philippine distributor The Covenant Car Company, Inc. (TCCCI) is pushing ahead with an August reveal, at the latest.

With both the MG D90 (a re-badged Maxus D90) and the MG RX8 (a re-badge Roewe RX8) available for export markets, TCCCI has chosen the latter as their entry into the lucrative and highly competitive 7-seater SUV space.

Not to be confused with Mazda’s rotary-powered sportscar, the RX8 is MG’s flagship SUV. The mid-sized SUV features a body-on-frame construction, and thus features the ubiquitous front double wishbones and rear five-links at the back. Measuring 4,923 mm in length, 1,930 mm in width, and sporting a wheelbase of 2,850 mm, it’s the largest among the pickup-based passenger vehicle (PPV) market. 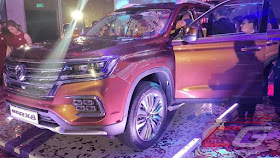 Unlike the D90 which comes with a diesel engine, the RX8 won’t see an oil burner under the hood. Tractive effort is provided by a 2.0-liter turbocharged gasoline engine mated to a 6-speed automatic with cruise control and paddle shifters. With that, it makes 221 horsepower at 5,300 rpm and 360 Nm of torque from 2,000 to 4,000 rpm. MG says fuel consumption is rated at around 10 km/L based on their tests. The all-wheel drive RX8 is said to also feature full-time all-wheel drive with a differential lock, and selectable terrain modes.

As for pricing, sources haven’t revealed the final figure yet, but don’t be surprised if it’ll be near (or will even breach) the P 2-million mark. The local photos shown here were snapped last February before the implementation of COVID-19-related restrictions. 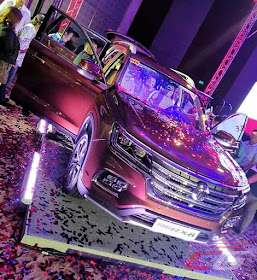