McLaren to Delay New Car Roll Out Due to Pandemic 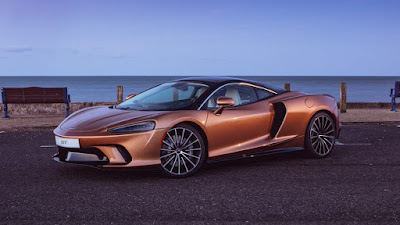 McLaren Automotive may be putting the brakes on their new product plans for 2021 and beyond as the carmaker braces from the effects of the coronavirus pandemic. This was revealed by CEO Mike Flewitt.

The British supercar maker’s Track 25 business plan called for 18 new models or derivatives by 2025. However, the COVID-19 outbreak has disrupted their momentum, and launch plans of some models for 2021 and beyond may be delayed by up to two years, Flewitt revealed.

However, McLaren remains committed at least to the 765LT and the Elva—two models slated for release this year, and part of the Track 25 plan. The Elva, in particular has already seen its total production run slashed from 399 to 249 units.

Overall, the McLaren Group which also runs the storied Formula 1 team, has been hit hard by the pandemic. Reports say that the group is in process to shore up their balance sheet by mortgaging their headquarters and historic car collection. They might also resort to the issuance of new bonds.

McLaren Automotive also announced its entry into the Philippine market, however, it is not currently known if the pandemic will delay those plans.

Email ThisBlogThis!Share to TwitterShare to FacebookShare to Pinterest
Filed Under: McLaren Corporate, News