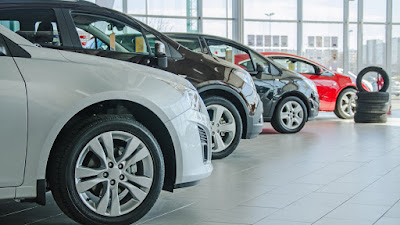 There may be a silver lining for the auto industry: wary commuters may choose private vehicles over public transportation to avoid exposure to COVID-19. This information is based on information collected by Bloomberg across major cities which have eased lockdowns during the past few weeks.

For example, major cities in China such as Beijing, Shanghai, and Guangzhou have all reported higher traffic volumes now compared to a year ago, while subway use is well below average—as much as 53 percent down compared to pre-COVID-19 levels.

Bloomberg quotes Apple Maps data, which collected data from 27 world cities. It showed that driving directions are recovering faster than directions for mass transit. Berlin, Germany, one of the first European cities to relax its lockdown, public transportation usage remains 61 below normal, while the number of people driving has recovered to 28 percent below normal. The same trend in visible in Madrid, Spain where driving is 68 percent below normal levels, while use of public transportation remains down 87 percent.

As more people start getting behind the driver’s seat, and may be considering to buy a private vehicle, this will have an effect on fuel prices and aggressive post-lockdown offers. In the U.S. for instance, gasoline consumption is starting to pick up to 30 percent below normal levels (versus 50 percent below normal a few weeks ago). Furthermore, carmakers are starting to dial back on aggressive financing and deferred payment programs based on information gathered by Automotive News as the supply-and-demand tips the favor back to the dealerships.

Virus fears, soft economy, and relatively cheap gasoline could spur more people to purchase private vehicles, but there’s one type that’s expected to perform poorly, at least in the short term: electric vehicles. Bloomberg forecasts that sales of EVs will barely exceed 2019, and depending on how the pandemic plays out, the outlook can even be bleaker. True enough, in China, sales of EVs are down 43 percent year-on-year in April.

In the Philippines, as more areas begin shifting from the Enhanced Community Quarantine (ECQ) to the General Community Quarantine (GCQ), several employers have started drumming up their own return-to-work plans and scenarios. This includes prioritizing those who own private vehicles to report to work first. Whether or not Metro Manila will follow the trend set by other world cities remains to be seen.
at 1:33 PM