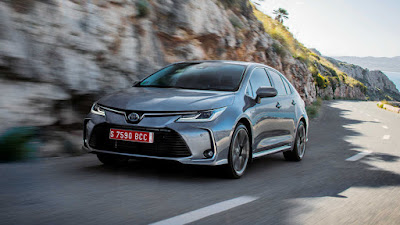 The Japan’s Ministry of Finance has now released a list of companies subject to tighter foreign ownership rules in step with the U.S. and Europe’s increased scrutiny of industries they deem key to national security. The list includes all major automakers from Toyota to Mazda.

With that, foreign investors buying a stake of 1 percent or more in Japanese companies in the 12 areas now face pre-screening in principle, compared with the previous threshold of 10 percent.

The Reuters report cites that the revised law reflects Japan’s concern over China’s growing influence in industries such as defense, running the risk of leaks of confidential information and outflows of key technology.

However, critics have argued the regulation discourages foreign investors in Japan’s stock market, and runs counter to government efforts to lure investment to revitalize the economy.

Exemptions to allay such concerns include investment without pre-screening by foreign financial institutions, and the waiver of pre-reporting requirements for certified sovereign wealth funds and other investors who meet certain criteria.

Foreign investors have a huge influence on share prices as they own about 30 percent of Japan’s roughly 575-trillion-yen stock market, and make up about 60 percent of trading turnover.

If you can read Japanese, you can check the full list here.
at 10:32 AM