Final Round of Toyota Vios Cup Season 5 is this Weekend 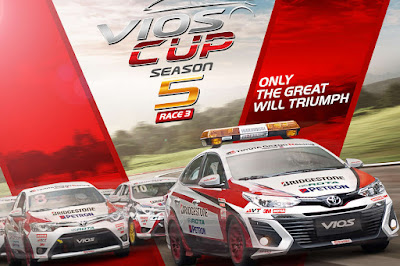 Toyota Motor Philippines is gearing up for the third and final race of the Vios Cup Season 5 set to happen on Saturday, September 22, 2018 at Clark International Speedway, Pampanga.

Bringing the race back at Clark should be exciting, coming from a thrilling race last July at Filinvest, Alabang. Motorsports fans can expect a whole new level of driving from the 53 racers composed of 46 drivers and 7 celebrity racers as they battle out for the title of Champion for Vios Cup Season 5!

Capping off this exciting season, Toyota promises nothing short of Waku-Doki for their motorsports fans at the event with various food concessioners, a selfie park, and other activities such as arcades and skid carts catered to the whole family.