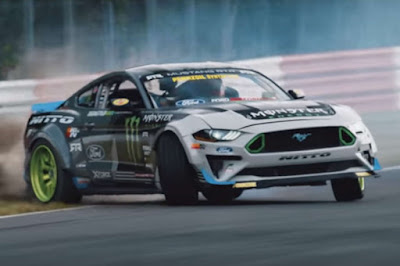 Every car manufacturer has something to prove over at the Nurburgring—breaking records and, in the process, pissing higher than the “other guy.” So, Ford Performance decided to do something quite different when they brought over a special Mustang to the Green Hell. Have it go sideways.

Naturally, the Mustang in question isn’t any ordinary one. It’s the 2018 RTR Mustang drift car. Piloted by Vaughn Gittin Jr., this 900-horsepower beast took each corner with plenty of tire smoke and sideways action.

The video itself has been edited to only 3 minutes long, but at least many of the major Nurburgring corners were shown. Here’s hoping Ford Performance would release a full clip, but for now, this will do.