Has the Ford Ranger Lost Its Mojo? 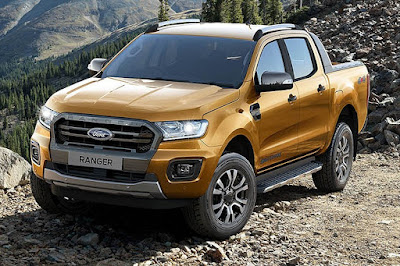 Confused marketing, lackluster communication, or just a case of an older model being phased out. Whatever the reason, Ford lost out big time in the month of August. They slipped big time in the pickup truck segment where the class-leading Ranger should have been the runaway sales leader.

As the revised automotive excise tax took effect for the American carmaker in February (when they adjusted their suggested retail price), the Ranger enjoyed excise tax exemption. With that, it swapped places with the Everest as their main sales driver, accounting for as much as 43 percent of Ford’s total retail sales at one point.

Yet, in the months from January to August, Ford never really rallied in terms of sales growth. Though the Ranger continued to show healthy numbers per month, selling an average of 952 units, they’ve never really showed the sales spike currently being enjoyed by the Navara.

Comparing with the Ranger’s best-month in July, when they sold 1,248 units, it pales in comparison to the Navara’s best numbers which, out of the blue, shot up to 1,710 units in August. This figure is 27 percent better than any of Ford’s numbers so far this year.

This trend is even more worrying when you pit the Everest and Terra numbers are compared. Just last month, Ford moved 391 examples of their midsized SUV compared to the Terra which sold 945 units—that’s 2.5 times more!

These figures are shocking given that both the Ranger and Everest are still their respective segment’s best-equipped, best-value, most-aggressively priced offerings.

Of course, Ford can say that this is a momentary dip in performance brought about by them depleting existing inventory of the Ranger. It could also be because Nissan has finally gotten the right marketing tone and as a result, selling their vehicles better than Ford which seems to have lost the spark that once made them so aggressive in the local market. Today, they seem hellbent on all-in low downpayment schemes without properly communicating their product’s strengths.

With the refreshed model bowing in today (including the much-awaited Ranger Raptor), Ford will be crossing their fingers that they can bounce back in one or two months. On the other hand, it’s still a question if the resurgent Nissan can maintain this strong momentum until the end of 2018. Whatever happens, the battle for pickup truck and perhaps the coveted Number Three position in the Philippine automotive industry is up for grabs here.

Who do you think will emerge the victor? Nissan or Ford?
at 11:04 PM