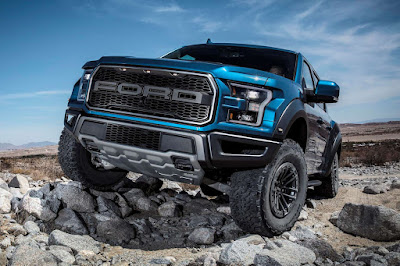 With all the news surrounding the Ranger Raptor, its bigger brother, the F-150 Raptor sure feels like it’s been pushed to the sidelines. Well, Ford’s decided to give big bro an innovative new feature for 2019: Trail Control. The best bit is that it’s something that may come to the Ranger in the near future.

Ford calls its “cruise control for off-roading driving. The system manages throttle and braking, allowing drivers to focus on steering through challenging off-road conditions. It makes taking Raptor through the rough stuff more fun than ever.

Trail Control can be activated at speeds from 1 km/h up to 30 km/h, and Raptor is the only pickup that allows the driver to operate Trail Control in all 4x4 modes. The new feature can help overcome steep obstacles by automatically directing torque to each wheel then braking to smoothly bring the truck down on the other side. It also can help in digging the truck out if it happens to get stuck in extreme sand.

Ford says that Trail Control arrives in all 2019 F-150 Raptors which will be sold from late 2018 onwards in the US. Trail Control will also be made available for the US-market Ford Ranger which arrives early next year too. The last bit of news is intriguing. Since Trail Control is just a bit of software, Ford can easily put this system into the global market Ranger if there’s enough customer clamor for it.