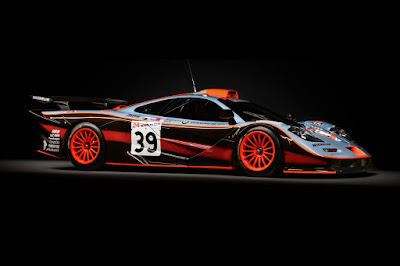 The McLaren F1 is still considered by many as the hypercar of its day. Built between 1993 to 1998, it held the title as the world’s fastest car for 7 years. In fact, its 386 km/h top-speed still puts as one of the fastest cars available today. In total, only 106 McLaren F1s were built (64 road cars and 28 GTR race cars) and now, McLaren has announced that they can offer a full restoration on each one of them.

Dubbed the F1 Certified program, the restoration brings an F1 to “as new” condition by McLaren Special Operations using new, old-stock parts stored at McLaren’s facilities in the UK.

The program was developed to guarantee the authenticity of both road and track versions of the F1, offering peace of mind for current and future owners. A unique Certificate of Authenticity, which McLaren Automotive is the only body in the world able to issue, authenticates a car’s provenance, originality, service life, road/race history, and condition. Conformity with the original specification and to any McLaren-sanctioned upgrades is confirmed by reference to the factory archives.

Commemorating the launch of this program, McLaren showed off the special ‘25R’ F1 GTR Longtail—the first car to undergo the full restoration. It has been faithfully restored with attention to detail bringing it back to pre-June 1997 parts (McLaren can be that exacting) as it would have been in the run up to Le Mans of that year. This includes the “tall” Le Mans gearing and the blue roof identification lights, fitted specially for the race.