Toyota to Recall 1.03 Million Vehicles Due to Fire Risk 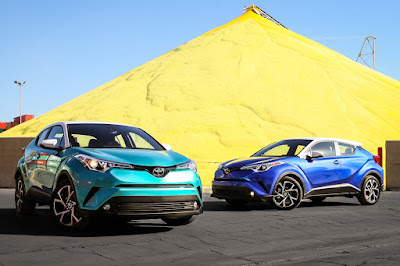 Toyota is issuing a global recall of 1.03 million vehicles powered by its Synergy hybrid drive due to an issue with the engine wire harness which poses a fire risk.

A report from Reuters via Automotive News says that the recall spans Japan, the US, Europe, and other regions as well. It includes vehicles such as the Prius and the C-HR sub-compact crossover.

Toyota said that in affected vehicles, the wire harness that connects to the hybrid power control unit can come into contact with the covering at the connection point.

If dust accumulates on the wire harness or the cover, the insulation on the wires could wear down over time due to vehicle vibrations. This could cause a short circuit, which could generate heat and lead to a risk of fire.

To fix the issue, the company said it will replace and put a protective sleeve over the engine wire harness if the wire core is exposed.

The issue affects vehicles produced in Japan between June 2015 and May 2018.

This recall is the largest for Toyota since they issued a recall of 2.9 million vehicles in connection with faulty Takata airbags.