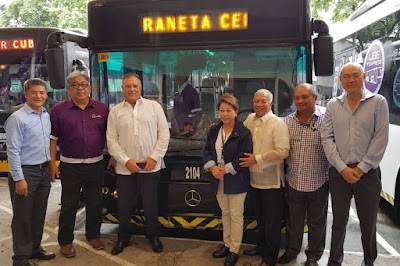 In the coming days, it will be a normal sight to see a Mercedes-Benz premium bus plying from Araneta Cubao to the Ninoy Aquino International Airport (NAIA).

ANG is providing a total of 17 Mercedes-Benz O500U premium buses to UBE Express to be used in the said route.

Ube Express is just one of the numerous P2P companies that ANG provides buses to across Metro Manila and Cebu.

Unknown to many, Mercedes-Benz has been making buses since 1895 in Mannheim, Germany and the legacy continues today, with the same engineering DNA embodied in its strong line-up of commercial buses.
at 7:00 AM

Email ThisBlogThis!Share to TwitterShare to FacebookShare to Pinterest
Filed Under: Mercedes-Benz CV