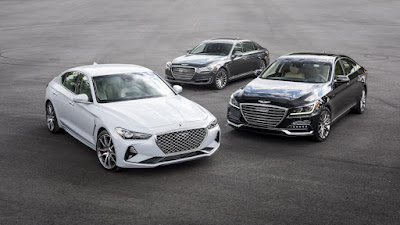 Research company J.D. Power has released its 2020 U.S. Vehicle Dependability Study, and the result is quite surprising.

The study, now in its 31st year, measures the number of problems per 100 vehicles (PP100) experienced during the past 12 months by original owners of their three-year-old vehicles. The 2020 study measures problems in model-year 2017 vehicles. A lower score reflects higher quality, and the study covers 177 specific problems grouped into eight major vehicle categories.

And among the eight major vehicle categories studied, In-vehicle Technology shows the greatest improvement. However, it still accounts for more problems than any other category in the study. Owners continue to cite problems with voice recognition, Bluetooth connectivity, and navigation systems.

The rest of the Top 10 are: Volkswagen, Lincoln, BMW, Chevrolet, and Ford. 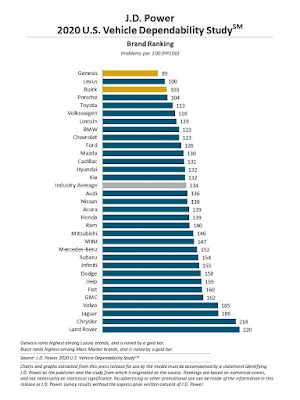 Among individual models, the Lexus ES is the king with just 52 PP100.
Within their segments, the following models stood out: