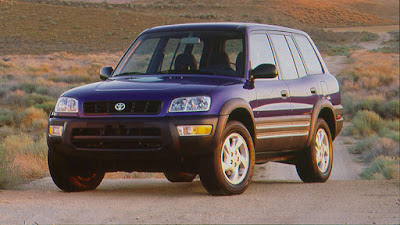 Yet another car model joins the growing list requiring new airbags due to faulty ones installed by the now-defunct Takata, but not for the usual reason. Toyota Motor Philippines is announcing that 1,157 units of the RAV4 will require a new driver’s airbag.

These RAV4 units, according to a Defect Information Report supplied by Takata do not have phase stabilized ammonium nitrate propellants (the main cause of the Takata airbag recall). That said, they’ve found that these RAV4 units have airbag inflators which tend to absorb moisture over time. In turn, this may cause the airbag to inflate slowly or even rupture in the event of a crash.

Both Takata and Toyota haven’t really understood what factors may contribute to the inflators absorbing moisture, but out of caution, Toyota Motor Philippines has decided to take preemptive action and replace these airbag inflators with a new one at no cost to the owners.

Toyota Motor Philippines is currently preparing the replacement parts, and will attempt to notify owners through Official Notification Letters. Given that these vehicles are over 20 years old though, it’s best for affected owners to contact their nearest authorized Toyota dealership to know more about this safety-related recall.
at 3:39 PM