Confirmed: the 2020 Maxus T60 is Arriving First Week of March 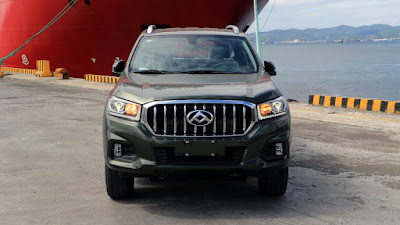 Distributed by AC Motors, a wholly-owned company of Ayala Corporation, the Maxus T60 will be officially hitting the road on the first week of March. Curiously, this means that the T60 will beat MG’s supposed entry, the Extender which is essentially a Maxus T70 with a different grille. In case you’re wondering, the differences don’t amount to much—new headlights, grille, and bumpers.

Anyhow, the biggest question here is just what drivetrain Maxus will opt to plop into their T60. The Maxus T70 uses a 2.0-liter diesel engine available in either a single- or twin-turbo setup, so that is available. However, the likely candidate is a 2.8-liter diesel engine producing anywhere between 136 to 150 horsepower and 350-360 Nm of torque—this is something already found in other markets where the T60 is sold.

What’s confirmed is that Maxus Philippines will offer the T60 in three variants: a 4x2 M/T, 4x2 A/T, and a 4x4 A/T. It’s supposed to undercut both its Japanese and American rivals in terms of price, but still offers a world-class safety rating (5-star safety rating at the Australasian New Car Assessment Program or ANCAP), and commendable capability making it popular with Australia’s off-roading community.

Will you consider a Chinese-made, British-branded pickup truck?
at 12:38 PM