The 2020 BMW X3 Lives Up to What Every Independent, Mobile Upscale Filipina Wants 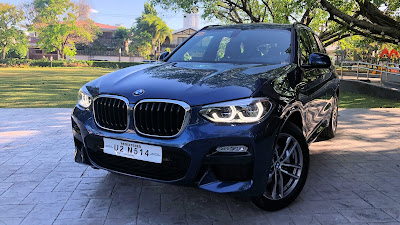 When one hears of BMW, the image that comes to mind is, one of its elegant sedans that have stood the test of time. Just ask any enthusiast and they will reminisce of such a time when the family had owned a 3 or 5 Series. In recent years though, BMW has expanded its range to answer the demand for those who want something taller—the SUV, or in corporate parlance, Sport Activity Vehicle.

Among BMW’s vast SAV line-up from the X1 to the X7, it’s the X3 that holds an important position simply because it’s their best-selling. As a woman driver, it always starts out as a challenge to make it work with an SUV, much less one that clocks in at P 4.89 million. The car would need to be as functional as it is stylish, it needs to be practical, and it has to drive smoothly without requiring any fanfare. After spending a few days behind the wheel of one, it lives up to what every independent, mobile upscale Filipina wants: an SUV that balances both form and function. 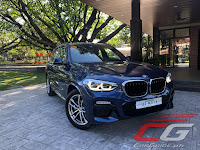 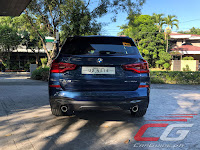 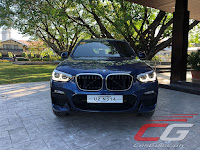 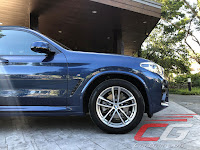 For someone who grew up with a 5 Series in the family garage, I’ve always believed that BMW is best served as a powerful, elegant sedan When this particular Phytonic Blue X3 arrived, it came with the same aura of smugness. It taunted me with its broad front face and large grille that ends with the upward slant of the LED headlights, and 19-inch wheels that peek out of every corner. Overall, it looked massive, despite sound rounded contours thrown in for good measure.

As expected, the interior cabin is as decidedly premium as any BMW should be, right down to the details. An element that will immediately catch your eye is the blue stitching along the seats, door padding, and console that perfectly complement the vehicle’s colorway. This detail extends the illuminated line along the passenger side dashboard and even to the stock floor mats that come with the car. The interior finishing is all in genuine leather (none of that artificial manmade stuff), with cushy, well-supported seats that gently hug your spine and backside without being restricting. Adding to that is the fact that both driver and passenger seats are power adjustable, with customizable seat positioning and lower lumbar support. 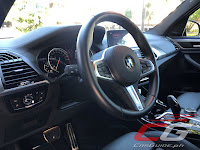 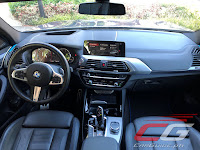 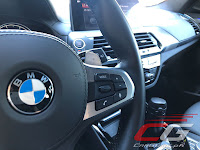 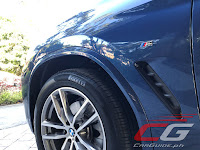 I also like how BMW remains consistent with the layouts of its basic controls for the driver. For instance, headlight controls will always be at the left-hand side, below the driver’s side air conditioning vent. The center console is also laid out in an organized fashion, making it easy for the driver to get familiar in quickly reaching for the right adjustment be it the climate control of infotainment system. The only question in mind is why a CD changer in this age of digital music? Perhaps this may be in consideration of BMW’s clientele which is composed of an older demographic.

In any case, the X3’s infotainment system speaks, without a doubt, to the younger sect. The 10.25-inch full-color head-up touch display is positioned within easy reach, with an attractive and responsive interface. It offers just about every modern requirement, from wireless connectivity to driver assist features, which doesn’t differ much from any of the newest luxury vehicles today. The system is simple to navigate. What makes it challenging to use is when you intend to go old school, and opt for FM instead of Spotify; for some reason, the infotainment system presets the radio station list and cannot easily locate specific frequencies. Maybe it’s a German thing. 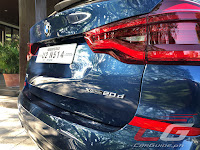 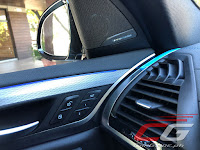 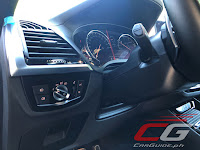 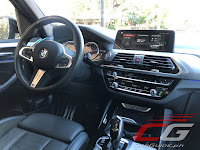 It had been a while since I was behind the wheel of a BMW. Coming from the power of the 5 Series, I had some standards. Suffice to say that driving the X3 was not as intimidating as I thought it’d be. In fact, because of the well-placed layout of the controls and the balanced spacing of the interior, even a petite woman such as myself enjoyed good visibility upfront. The only downside that I noticed was that while the seat could be moved up, it couldn’t be angled downward at where the knee bends. Considering that the average Filipina isn’t normally born with mile-long legs, it was a challenge to reach the pedals without my leg having to remain at a slightly awkward angle. I found myself having to flex my leg every once in a while.

The driving experience was pure pleasure. The 2.0-liter 4-cylinder TwinPower Turbo engine delivered the right acceleration each time I asked for it. There was always a slight delay at the first application of the pedal, but once the car got going, it smoothly peaks without any unwanted jerking. What could use some improvement is its NVH. Because it’s a turbo diesel, some telltale clatter was expected, but being a BMW though, suffice to say, you’d expect less of it. 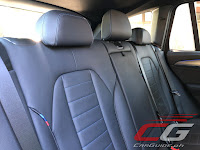 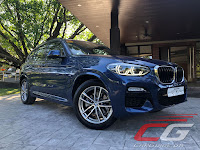 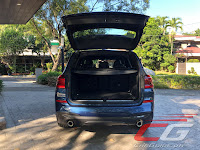 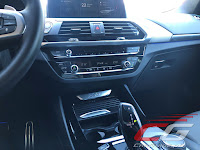 Spending some time behind the X3, I was surprised at how great it was as a daily commuter. While a BMW’s usually treated as something reserved for special occasions, the X3 is best appreciated as the constant companion even for the day-to-day commute. With its price tag, I still think it won’t be the choice for young families or starting executives. However, it can be a great choice as the next step up for those who’ve achieved a level of financial success, but can’t seem to let go of their adventurous side.

Words and Photos by Gen Tiu. 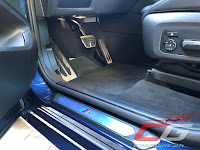 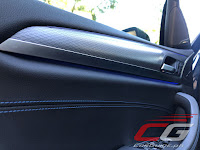 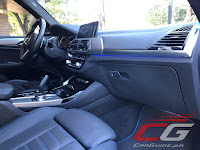 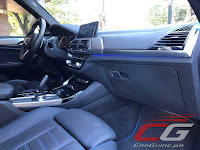