Volkswagen Says the Gearbox of the Future Will Have 1 Gear 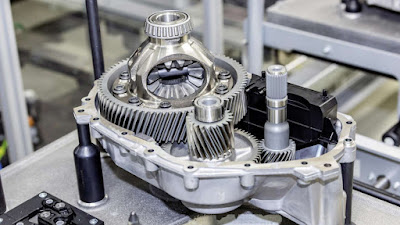 Volkswagen believes that the future of the gearbox is this: a single-speed gearbox system. As the world enters the era of e-mobility, VW understands that the nature of electric motors fundamentally changes the way power is transmitted to the wheels. For that, they’ve developed the APP310 e-drive unit.

Found in the ID.3, VW’s so-called “next-generation people’s car,” this single-gear transmission is built by Volkswagen Group Components in Kassel, Germany. According to the carmaker it’s versatile in more ways than one. For instance, the ultra-compact gearbox is quite compact, enabling engineers to easily fit it to more vehicle types easily in the near future (it can be fitted into the MQB architecture, for one). More importantly, despite having just one gear, it can cope with all driving situations.

Volkswagen explains that because electric motors have their maximum torque available immediately and remain constant over a wide range of speeds, a single-drive gearbox is enough.

However, because an electric motor needs to spin at very high speeds to achieve its peak power (up to 16,000 rpm in the case of the ID.3), a 10x transmission ratio must be used. However, realizing that using one cog might result in a bulkier design, Volkswagen opted to use a two-stage design with two smaller cogs, instead.

In addition, because an electric drive is very quiet, Volkswagen doesn’t just check its 1-speed gearbox for manufacturing precision, but they also check them for relevant noise values, too!
at 9:50 AM