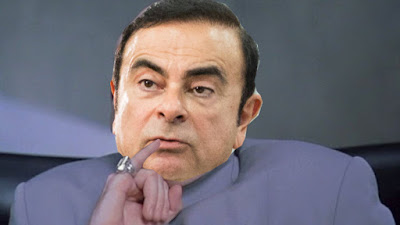 Disgraced former Nissan President Carlos Ghosn may have escaped Japan, but that’s not stopping his former employer from suing him to the tune of 10 billion yen (around 5 billion pesos).

The suit, filed at the Yokohama District Court in Japan represents a significant part of the “monetary damages inflicted on Nissan as a result of years of his misconduct and fraudulent activity.”

This claim for damages has been calculated on the basis of costs incurred by Nissan including:
Nissan says their intensified campaign to recover damages from its former Chairman stems from his decision to flee Japan. The Japanese automaker may also pursue legal action over the “groundless and defamatory remarks” made by Ghosn at his press conference in Lebanon.
at 2:36 PM