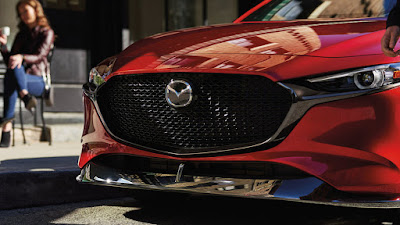 As a global society, people have become more aware of their impact on the environment, and the need to create a sustainable future through developing products that contribute towards the reduction of emissions and materials that have an adverse effect on the environment. In response to this, Mazda has been at the forefront of plastic recycling for over three decades, and was the first automotive manufacturer to recycle bumpers from end-of-life cars.

Since 1992 Mazda has recycled approximately 1,280,000 bumpers from Japanese market cars alone, a quantity that if laid end-to-end would stretch from London to Moscow.

Mazda’s research into plastic recycling has been ongoing since the late 1980’s. Recognizing the environmental need to recycle plastic, Mazda was the first automotive manufacturer to recycle used bumpers in 1992, initially these bumpers were used to produce pens and plastic automotive parts that were unseen, such as under trays.


The problem with end-of-life vehicles was many of the bumpers were more than ten years old making it technically and financially difficult as they varied in terms of paint adhesive properties and composition of their plastic. One of the biggest barriers to recycling old bumpers was the inefficient paint removal process. By 2001 Mazda had improved the paint removal process sufficiently to allow the use of the plastic to reinforce new bumpers, and by 2007 had refined the process to remove 99.9 percent of the paint, leading the way to develop a process to use the recycled plastic in the manufacture of new bumpers.

As a result, by 2011 Mazda had developed their world-first recycling technology sufficiently to allow end-of-life bumpers to be converted into plastic resin which was of sufficient quality for use in new car bumpers, first used on the Mazda Biante minivan. Recycled plastic is now used extensively in all new Mazda cars.

In its first EV, the MX-30, Mazda took a step further. The upper section of the MX-30 door interior panel is trimmed in a reprocessed fabric made from recycled PET bottles. Development of a new method for integrated molding of textile and plastic fibers made it possible to create a material with a soft touch that can be processed easily.

But it’s not just plastic recycling where Mazda is leading the industry, Mazda has also developed an industry leading high-quality bio-plastic, first seen on the 2015 MX-5. The bio-based engineering plastic made from plant-derived materials, reduces the use of petroleum resources and carbon dioxide emissions. Waste plant material, such as wood shavings and plant material, is turned into ethanol which is then converted into ethylene and polypropylene. This process is carbon neutral and, unlike alternative materials made from soy or cornstarch and does not remove food resource. Bioplastics feature a higher quality finish than traditional painted plastics and can be used for both interior and exterior use. Aside from the MX-5, it’s now used on the CX-5, Mazda2, Mazda3, and CX-30.

In order to help preserve the planet’s resources it is the responsibility of businesses to provide products and services that benefit the earth and society and Mazda continues to be at the forefront of developing environmentally friendly and recycled plastics for future product, reducing the use of fossil fuels and emissions as part of its Sustainable Zoom Zoom 2030 plan. Launched in 2017, the plan embodies the corporate vision of brightening people’s lives through car ownership and offering cars that are sustainable with the earth and society to more people and is a road map for Mazda to develop technologies that will help resolve issues faced by the earth, society, and people.