Hyundai is Targeting the GR Yaris with the i20 N 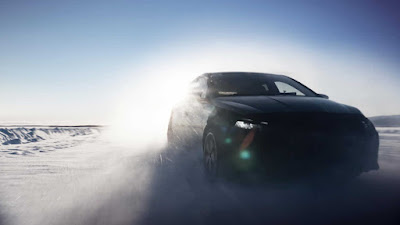 Hyundai is plotting to take on the Toyota GR Yaris with its upcoming i20 N. Revealed for the first time undergoing winter testing, it shows Hyundai WRC driver Thierry Neuville putting it through its paces along with the i20 WRC and the RM19.

No mechanical details of the i20 N were officially revealed, but at the very least it’ll be racetrack compatible says Hyundai. Neuville did say this about the car:


“Very interesting car. Very precise. Very easy handling. The engine is revving nicely and the noise is very interesting as well. I’m looking forward to get this one to drive in WRC!”

It’s unknown whether Hyundai will follow Toyota’s lead and plop in a crazy engine like the GR Yaris’s 272 horsepower 3-cylinder engine. Most pundits seem to agree that Hyundai may go with something a bit more “mainstream” like a 2.0-liter 4-cylinder engine. Still, if it’s shared with the i30 N and Veloster N, it’ll stand to make 275 horsepower.

Like the i30 N and Veloster N, the i20 N will benefit from better handling courtesy of a heavily revised suspension system, and of course, sportier design cues.

The Hyundai i20 N is expected to launch by the end of this year. In the meantime, check out the i20 N prototype in action below along with the i20 WRC and the RM19.

Email ThisBlogThis!Share to TwitterShare to FacebookShare to Pinterest
Filed Under: Hyundai i20, News, Sports Sedan