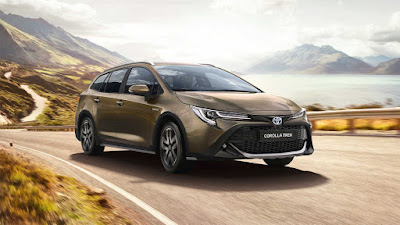 It looks like Toyota is shifting its crossover ambitions to high gear as yet another SUV is expected to battle the likes of the Honda HR-V, Subaru XV, and Mazda CX-30. Best news? It’s been spotted testing in Southeast Asia, increasing the chances of it actually reaching the Philippines.

Snapped in the middle of Bangkok traffic (see photo below) is the rumored Corolla Cross. Unlike the European Corolla Trek, which is basically a raised Corolla Wagon (see lead photo), this new SUV will come with its own unique sheet metal. Like the Corolla though, it will ride on the TNGA-C platform (the RAV4 rides on the TNGA-K platform). And if the recent dealer presentation leak is accurate, this new SUV will slot between the newly launched Yaris Cross and RAV4, likely replacing the niche market C-HR.

Not much is known about its powertrain, but the likely bet is that it’ll use the C-HR’s 1.8-liter 2ZR-FBE making 141 horsepower and 178 Nm of torque, or the 2.0-liter M20A-FKS engine found in the North American Corolla putting out 170 horsepower and 200 Nm of torque.

Again, if the dealer presentation leak is accurate, the production version will bow in 2021. 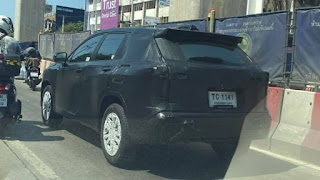