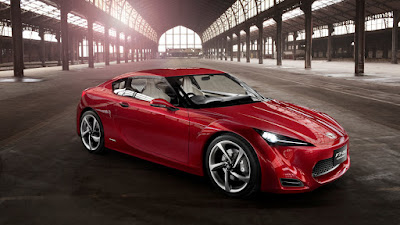 With the current Toyota 86 / Subaru BRZ nearing the end of its lifecycle, rumors are starting to swirl about its replacement. Confirmed that the collaboration between Toyota and Subaru will continue for the second-generation model, there are now reports that it’ll pack more power, ride on a new platform, and for Toyota, a brand-new badge.

Autoblog via Motor1 reports that the all-new Toyota 86 / Subaru BRZ will debut sometime in the summer of 2021, possibly July for the U.S. market.

More than just the launch window, the leaks show that the second-generation sportscar will migrate to Toyota’s TNGA platform (the current one uses a Subaru platform), and will pack a turbocharged 4-cylinder engine. Power is said to be in the region of 255 horsepower—a 50 horsepower jump over the present model. It’s also understood that along with the new engine and platform, the twins will also benefit from an upgraded interior.

Meanwhile, Toyota is keen to extend the “GR” family with the 86 officially changing its name globally from “Toyota 86” to “Toyota GR86.” This naming convention is already in place in Japan.

Aside from the all-new Toyota 86 / Subaru BRZ, the leaks also detail that the Camry will be refreshed sometime this year (as a 2021 model). In 2021, the carmaker will then release the all-new Tundra, a Corolla-based crossover (that’s not the RAV4), and a small high-performance hatchback (that’s not the GR Yaris). The RAV4 is also expected to be refreshed by this time.
at 12:18 PM