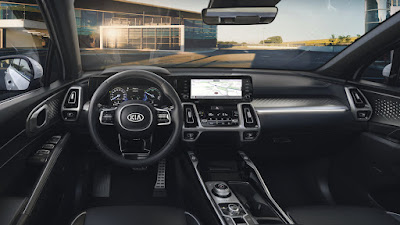 Paesen will oversee the development of the brand’s future interior design. In particular, his presence will strengthen the brand’s capabilities in interior design for a range of future electric and electrified vehicles. The appointment is part of Kia’s wider efforts to capitalize on the design opportunities presented by electrification.

He brings with him almost two decades of experience leading major interior design projects across volume, premium and start-up brands. His most recent role was Senior Design Director for Interior Design at NIO, where he led a global team of designers in Munich, Germany, and established an interior identity for the brand prior to its market entry. He previously spent much of his career at BMW Group, and was credited with designing the 2009 BMW Vision Efficient Dynamics concept car and the BMW i8 Roadster. He also worked alongside Mr. Habib on a number of design projects in the early stages of his career.

The Kia Design Center in Namyang, Korea is at the heart of Kia’s global design network. Overseeing all aspects of the brand’s designs, from conceptualization and modelling to styling and development of color and materials, the design headquarters works closely with the company’s regional design centers in China, Europe, and the U.S.
at 2:38 PM