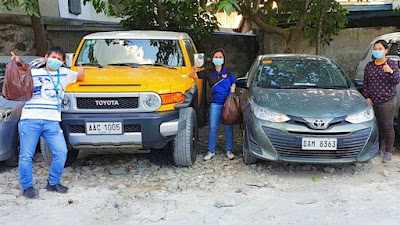 As the country’s undisputed number one car brand, it’s no surprise that Toyota Motor Philippines has the largest press fleet around. When the Enhanced Community Quarantine hit though, these units were all grounded, until now.

Based on his post, Toyota lent out at least eight units: three Vios, two Rush, two RAV4, and one FJ Cruiser. According to Toyota Motor Philippines though, they have deployed a total of 36 units, with 47 in total allocated for this effort.
at 1:01 PM