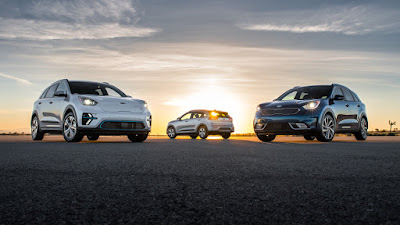 Kia Motors Corporation will have a new president. Ho-sung Song, currently Kia’s Head of Global Operations Division will take over on April 1.

In his new capacity, Mr. Song will spearhead the advancement of “Plan S,” the company’s mid- to long-term strategy aimed at progressively establishing a leadership position in the future automotive industry. The plan includes a shift away from traditional internal combustion powered vehicles to pure electric ones as well as strides in autonomous driving technology.

Part of Kia’s concrete goals under “Plan S” is to have a full line-up of 11 battery electric vehicles by 2025, achieve a 6.6 percent of the global EV market (excluding China), while also having 25 percent of its global sales from eco-friendly vehicles.

Kia says Mr. Song’s extensive experience across the automotive value chain as well as his expertise in overseas operations will be tremendous assets in the company’s transition to future businesses.

Prior to his current position as Head of Global Operations, Mr. Song has been successful in a wide array of leadership roles, ranging from President of Kia Motors Europe, and Head of Kia Motors Corporation Export Planning Group.

Mr. Song will replace Han-woo Park who will stay on in an advisory role within Kia. Park may possibly get the role of CEO in the automaker.
at 3:17 PM