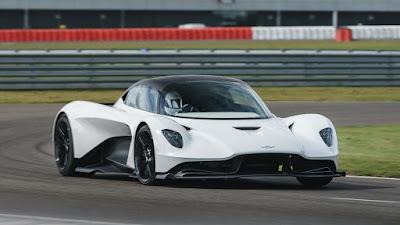 Aston Martin has released the first details of its in-house designed V6 engine which will replace the Mercedes-AMG-sourced V8s on its mid-engined sportscars from 2022.

Codenamed TM01, it’s Aston Martin’s first in-house designed engine since 1968. The 3.0-liter turbocharged V6 is electrified from the get-go. With that, the it promises to have more power and torque than ever before. The final figures are determined by the characteristic of each application, but it should at least match the current 503 horsepower, 685 Nm of torque outputs made by the M177 Mercedes-AMG engine.

Taking learnings from the Aston Martin Valkyrie project, the new V6 is developed with a “hot V” structure. This makes for a compact engine weighing less than 200 kilograms in total.

Naturally, the engine will be positioned directly behind the driver’s cabin and equipped with a dry sump system to guarantee the lowest possible center of gravity. The system will also deliver exceptional lubrication performance even during on-limit, high-speed cornering. It’s also designed to meet up to Euro 7 emissions requirements.

The new Aston Martin V6 engine will debut first on the Valhalla.
at 9:31 AM