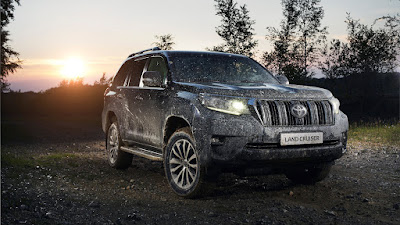 It was a pledge even Akio Toyoda couldn’t keep. A few days after announcing to the world that Japanese automakers will “do all they can to remain producing cars and trucks,” Toyota announced that they’ll be idling five Japanese plants beginning April 3.

To be fair, the shutdowns are not related per se to COVID-19 (earlier, two Toyota line workers tested positive for the virus, but the lines were simply sanitized and production promptly resumed). It is, however, connected to an expected decrease in car and truck demand worldwide in the wake of the pandemic.

Production will suspend starting April 3 and will resume between April 7 to 15. It will cut about 36,000 units in terms of volume for Toyota.
at 8:10 AM