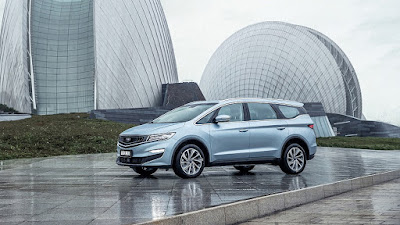 How’s this for a timely feature? Chinese car brand, Geely Auto has announced that all future vehicles will be equipped with an on-board air filtration system that can keep harmful particulates such as the coronavirus from their vehicle’s internal air environment.

The G-Clean Intelligent Air Purification System (IAPS) was developed in just 20 days as a response to the outbreak of COVID-19 in China. With their engineers working non-stop to bring the concept from the drawing board to reality, it’ll be seen in production vehicles starting this month.

The IAPS system has a two-prong system to prevent nasty bugs from entering the cabin. First, it has an activated carbon chemical filter that absorbs gases such as formaldehyde as they enter the vehicle, and is also able to filter out irritating orders and harmful pollutants once they are detected by the automatic system. Second, it has a negative ion generator which sterilize and deodorize bacteria, fungi, molds, and yes, even viruses. Geely says it achieves the same level of air filtration as an N95 respiration system.

Before its mass market launch, Geely introduced the IAPS system to frontline workers battling COVID-19 across China through the donation of 150 Jiaji MPVs.

The G-Clean IAPS system will debut first in China with global markets, including the Philippines to follow shortly thereafter.

In the future, Geely will also adopt technologies to self-clean heavily-used touchpoints such as grab handles, buttons, and grab handles in its vehicles.
at 2:47 PM