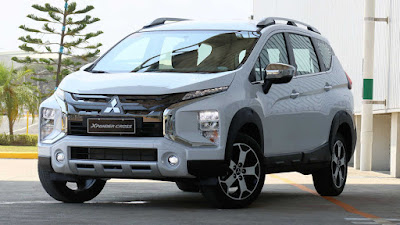 Mitsubishi Motors Philippines promised, and they delivered. A few months after its global debut in Indonesia, the 7-seater Xpander Cross has finally landed in the Philippines and with it re-ignites the war for supremacy among three-row sub-compact SUVs.

Compared to its non-Cross sibling, the Xpander Cross receives beefier-looking bumpers, fender flares, side body garnish, roof rails, a shark’s fin antenna, and a new tailgate garnish. The Dynamic Shield front grille itself has been revised with a larger Mitsubishi logo front and center. The headlights and front fog lights are now illuminated by LEDs, while the wheels themselves are an inch up to 17s show with 205/55 R 17 tires.

Inside, the Xpander Cross gets a two-tone black and brown treatment complementing the standard leather seats. Other standard features are a 2-DIN touchscreen infotainment system with 6 speakers, cruise control, and dual air conditioning.

Under the hood, the Xpander Cross is mechanically similar to the Xpander. It uses a 1.5-liter MIVEC 4-cylinder engine making 105 horsepower and 141 Nm of torque. The sole transmission on offer is a 4-speed automatic. While, it doesn’t get any changes under the hood, it does have a widened track (about 50 mm wider), and improved interior sound insulation. Also, it adds a considerable amount of ride height—20 mm, or at 225 mm—higher than most compact crossovers.

Safety-wise, the Xpander Cross has dual SRS airbags, ABS with EBD, and stability control with hill start assist. It also has ISOFIX and Tether Anchors for child seats, and an Emergency Stop Signal.

Full specs (including the 2020 Xpander range) is at the bottom. 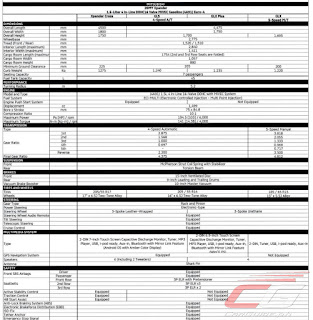