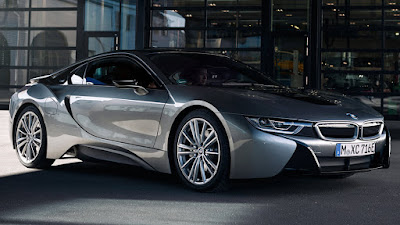 Six years since its introduction, BMW is bidding adieu to its first plug-in hybrid electric vehicle, the i8.

Designed by Benoit Jacob, the i8 was first unveiled at the 2013 Frankfurt Auto Show. A turbocharged 1.5-liter inline-3 was paired with an electric motor giving this futuristic-looking sportscar a total of 374 horsepower and 570 Nm of torque. It was refreshed in 2018, where it debuted alongside a roadster version.

At its market launch, the BMW i8 was the world's first series-produced car to be equipped with innovative laser headlights. This provides better road illumination while consuming even less energy than the already efficient LED headlights.

With more than 20,000 units sold since it went on sale, it has become the world’s most successful sportscar with an electrified drive system. Up to the end of its life cycle, it has held a global market share of more than 50 percent.

Readers of German magazine, “Auto Bild Klassik” also declared it to be the “classic of the future.”

As BMW closes the chapter on the i8, the automaker is preparing to release several battery-powered models as part of ambitious plans to market 25 electrified models by 2023. Production of the iNext crossover will begin in the middle of 2021. That will be followed by the start of i4 sedan output toward the end of 2021.
at 1:39 PM