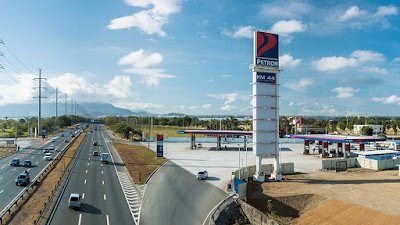 San Miguel Corporation is assuring the public that its subsidiaries that provide basic necessities will continue to operate despite the Enhanced Community Lockdown. The assurance was made by no less than SMC President and COO Ramon S. Ang.

“We will provide essential services such as food, water, power, and petrol products,” said Ang. More importantly, he reiterated that all employees of SMC would continue to get paid despite the quarantine, and any form of work discontinuation.

Meanwhile, Ang also said that its supply chain is stable and has more than enough inventory to feed Filipinos nationwide for the next several months.

“We will operate our food facilities 24/7. This isn’t about making profits. We have a responsibility to make sure that food is made available to as many people as possible,” Ang said, adding that he was given assurance that government, through its Armed Forces of the Philippines (AFP) and the Department of Interior and Local Government (DILG), will lend assistance in securing its food facilities to allow for continuous operation and supply of raw materials to produce food for the country.

“As far as food supply is concerned, we have the capability to produce enough for everybody and deliver to supermarkets,” he said, adding the company is already working on distributing food donations to poor communities where daily paid workers have been especially hard hit. San Miguel will also supply food to public hospitals and select government centers.

“It is our sense of duty and obligation, pagkakaisa and malasakit that will see us through these difficult times,” he adds.

SMC is also looking to produce 70 percent ethyl alcohol at one of its facilities, and distribute this for free to communities through their local government units. It’s understood that SMC spirits subsidiary Ginebra San Miguel has begun production of the alcohol.

Ang added that they are looking to donate the alcohol in bulk quantities, 20-liter containers up to 1,000-liter tote tanks. These can be used for disinfection in government, healthcare, and public facilities.

The company is also donating to LGUs its own brand of disinfectant powder (potassium monopersulfate triple salt) which is safe for humans and can easily be deployed as extra protection against the virus.

Ang said the company is also donating over 13,000 units of its Protect Plus Gold disinfectant powder. Each canister can clean and disinfect a space of up to 650 square meters.

The product, produced by the San Miguel Food Group’s Animal Health Care division, is used for sanitizing air spaces and surfaces in facilities and even in hog farms whenever there are disease outbreaks.
at 8:46 AM