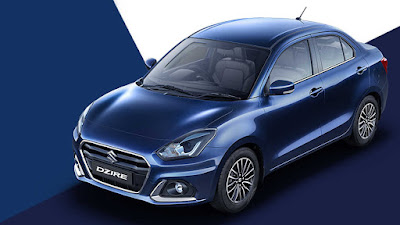 Suzuki has just launched a refreshed version of its Dzire sub-compact sedan in India, and with that will only be a matter of time before it reaches the Philippines.

The 2020 Dzire is characterized by its new front clip. The grille is now larger—Suzuki officially calls it, Single Aperture Grille—and framed with LED headlights with daytime running lights. The front bumper has been reshaped as well together with the fog lamp housing with have chrome accents. New two-tone 15-inch alloy wheels complete the changes outside.

Inside, not much has changed with the Dzire. It still retains its beige-and-black color scheme as well as the trademark rear air conditioning vent. New for 2020 though is the colored multi-information display, cruise control, and at least for the Indian market, a smart infotainment system.

Mechanically, the Dzire gets a revamped version of its 1.2-liter K Series engine. For 2020, it gets the Suzuki DualJet technology, Dual VVTi and idle start/stop. Power is slightly up to 90 horsepower, but torque remains at 113 Nm. Transmission remains a choice between a 5-speed manual or the automated manual Auto Gear Shift (AGS) system. Cruise control is now offered on the higher variants as well.

The Dzire also comes with dual SRS airbags and ABS with EBD as standard equipment, while vehicle stability control is available on the higher-trim variants as well.
at 6:42 PM