The RUF Rodeo Concept is the Off-Roader Porschephiles Always Wanted 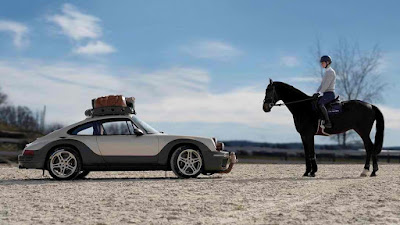 RUF Automobile is a name synonymous with bespoke Porsches. And with models such as the RUF CTR “Yellow Bird,” it’s also become a household name for the Playstation generation. Well, guess what? They’ve decided to get into the whole off-roader business.

Don’t worry though, they’re not about to get their hands on a Macan or Cayenne to do that.

Instead, they’ve come up with this: the RUF Rodeo Concept. As the name suggests, it’s a concept for now, but it looks production-ready for as long as a customer wants to have one.

The Rodeo Concept was inspired by the Rodeo Drive Concours d’Elegance and its founder, and friend of RUF, Bruce Meyer, as well as by Ralph Lauren and his 2011 Western Collection, and RUF enthusiast and collector Phillip Sarofim who has roots in Texas.

The car features the same carbon fiber monocoque chassis as the CTR Anniversary, but with a four-wheel drive system to tackle off-road use, larger all-terrain tires, longer-travel suspension, and more—even a knob on the center console that allows drivers to adjust torque split on the fly. The Rodeo Concept can accommodate either a normally aspirated or turbocharged RUF flat-six engine. This means output could range anywhere from 510 to 700 horsepower. 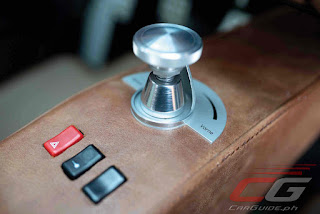 For Porschephiles everywhere, the RUF Rodeo Concept is a godsend, especially if they don’t consider the Macan or Cayenne to be “real Porsches.”
at 7:31 AM