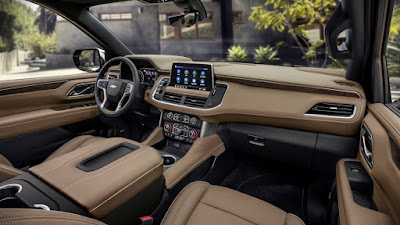 One hundred years ago, Popular Mechanics magazine predicted that “radio equipment for automobiles is not far away.” They were right. In 1922, Westinghouse installed one of its radios in a “Chevrolet for Campers” concept to the delight of the era’s media. A decade later, Chevrolet introduced factory-installed radios in its cars.

During the past century, Chevrolet and other automakers have introduced a number of technologies to advance in-car listening: record players in the 1950s, 8-track tapes in the 1960s, cassette tapes in the 1970s, compact discs in the 1980s and ‘90s, MP3 players in the 2000s, and now streaming through today’s sophisticated multi-tasking infotainment systems.

In the latest Chevrolet MyLink infotainment system for example, it offers easy access not just to the radio and USB/Aux connected devices, but it also allows for seamless integration with Apple CarPlay and Android Auto, enabling hands-free, eyes-on-the-road phone calls and audio streaming.

Going forward, Chevrolet and GM expect to implement even more advanced solutions on future vehicles. Last year, GM announced plans to introduce new in-vehicle technology that will enhance the overall customer experience and make it easier than ever for customers to bring their digital lives into future connected vehicles.

Listening to customer feedback, GM will work with Google to bring new options for a voice assistant, embedded navigation, and more in-vehicle applications to compatible Chevrolet vehicles in regions around the world beginning in 2021, with a broader level of deployment to follow. 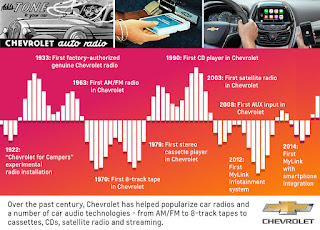