Former Nissan Chairman Driven Out of Jail In a Suzuki Van 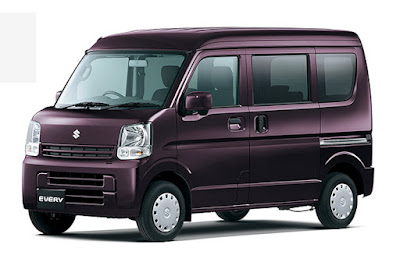 After spending 108 days in jail, the disgraced former Renault-Nissan-Mitsubishi chairman, Carlos Ghosn walked away of the Tokyo jail whisked away in a…Suzuki.

A day after he posted bail of 1 billion yen (USD 8.9 million), Ghosn, dressed in workman’s clothes (complete with orange safety stripes), a surgical mask, eyeglasses, and a cap left the Tokyo Detention House yesterday afternoon in what looks to be a silver Suzuki Every complete with commercial vehicle plates and a ladder on the roof.

Perhaps by habit, Ghosn walked towards a large black van. Moments later, he was redirected to the Suzuki minivan which was parked nearby, in an attempt to misdirect hundreds of journalists who were in the area. The van reported had Ghosn’s belongings.

The Suzuki Every is powered by Suzuki’s R06A engine. This 3-cylinder engine churns out a mind-blowing 49 horsepower in normally-aspirated and 64 horsepower in turbocharged form. Oh, and apparently, a widened and stretched version of the Every will be released for global markets real soon, replacing the long-serving APV.

Going back to Ghosn, as he swaps his unheated jail cell for a court-approved housing, his focus now shifts to fighting what his lawyers call “meritless charges.” Aside from the hefty amount he had to fork out, Ghosn’s bail conditions include limited interact access, a ban on international travel, and a video surveillance of his residence.

In November, Ghosn and former Nissan director Greg Kelly were arrested for financial misconduct and breach of trust. Maintaining his innocence, Ghosn says he arrest was “the result of plot and treason by Nissan executives” who were opposed to his plans to merge Nissan and Renault.
at 8:29 AM