4 Ways the 2019 Mazda3 Raises Its Middle Finger Against Mediocrity 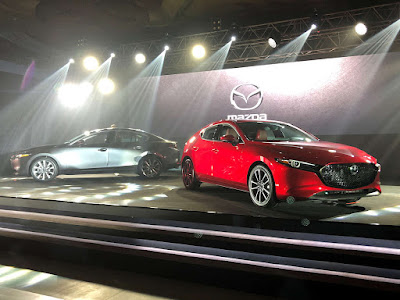 The Mazda3, and in turn, its predecessor, the 323 has always been regarded as a plucky car that condenses everything that Mazda stands for.

From scooping up Mazda’s first-ever Japan Car of the Year prize to beating the Corolla (in Japan and in the Philippines) as the best-selling vehicle, the Mazda3 has always taken a different approach in what would otherwise be an aseptic sea of compact cars.

Since its market debut in 2003, the Mazda3 has captured the hearts of Filipino buyers and since then, it has sold over 19,000 examples making it the most successful model for Mazda in the Philippines. The arrival of the all-new 2019 Mazda3 hopes to continue that achievement by staying true to its predecessor’s philosophy of pushing what buyers would typically expect and accept in the compact car class.

When Mazda said they were going more upscale, more premium, they were scoffed at. Well, the arrival of the all-new Mazda3 reiterates that this is one car company that’s raising their middle finger against mediocrity. 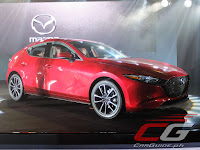 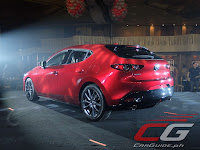 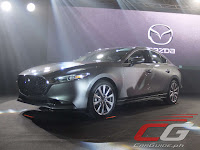 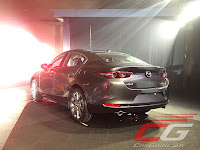 The 2019 Mazda3 pushes Mazda’s design to an entirely new direction. With its Evolved KODO Design, Mazda has done away with unnecessary design elements, focusing instead on the interplay of light and shadow. Furthermore, they’ve opted to move the 4-door sedan and 5-door hatchback to two different design directions with one being mature, and the other, sportier. 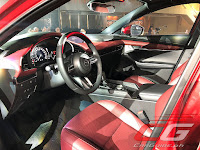 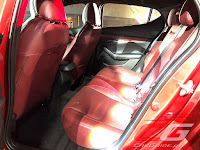 Underpinned by the new Skyactiv-Vehicle Architecture, the Mazda3 uses every element from the platform and chassis, to even the seats and steering column to create a truly ergonomic driving experience (Jinba-ittai in Mazda-speak). The controls have been moved around, grouped based on where it makes the most sense for the driver. Yet, the overall feeling is one of familiarity, despite being totally different. What’s more, all the switchgear is new, re-designed not only for a more premium look, but for an even crisper feel. 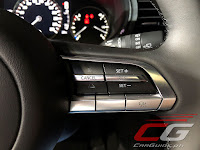 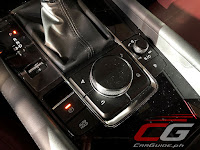 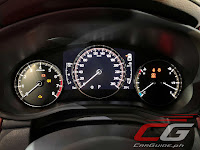 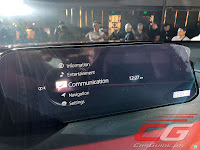 #3. Fit and Finish Beyond Expectation

The outgoing Mazda3, despite being in the market since 2014, still is the standard when it comes to fit and finish in the compact car class (thanks to extensive interim updates). The 2019 model elevates that further. It’s quickly noticeable with the hatchback’s exclusive Burgundy Red leather trim and the sedan’s two-tone dark brown and black number, but dig deeper, and the Mazda3 just keeps on giving. Their insane level of detail goes down to the laser-engraved pattern in the shifter/Mazda Connect console. It’s almost not visible, but shine a light on it, and there’s a deep carbon fiber-like weave. Then, there are things like the air vents that blend into the dashboard and the brushed aluminum trim that blends seamlessly with the door handles. It’s minimalist, but full of detail. 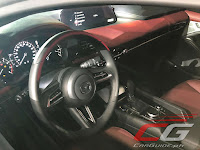 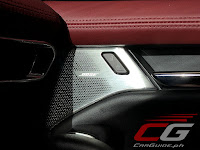 #4. The Devil’s in the Details

The almost hidden carbon fiber weave on the center console is an appetizer of other delectable design details. Upfront, there’s the new style grille with its subtle curvature. Admittedly, putting a plate number there looks to be a pain, but it’s great in a plate-less state. To the sides, there are the wider mirrors that integrate not one, but two sets of LED signal repeaters, cut by an aerodynamic piece. Then, there are the body-colored door handles which are made of a single piece (more proof that Mazda’s doing away with unnecessary elements) and the smaller shark’s fin roof antenna. At the back, there are the model badging in the new trademark “Mazda Font.”

The best part though is found in the fenders. Unlike typical Japanese cars, the Mazda3 has done away with the fender lip—typically something carmakers do to add stiffness or is just a byproduct of the stamping process. For the aftermarket, this means the all-new Mazda3 can take more aggressive wheel and tire setups without the need for a fender roll. 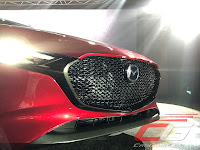 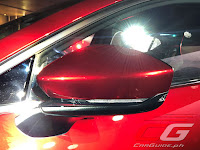 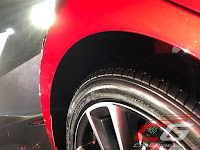 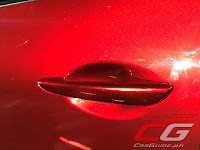 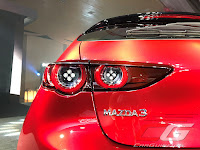 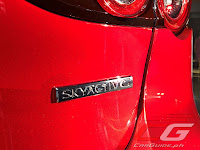 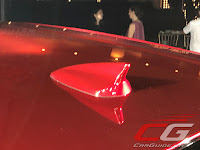 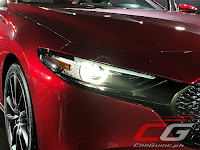