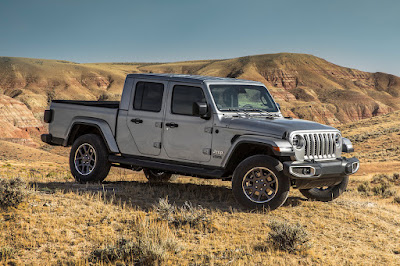 The Wrangler has been a very strong seller for Jeep dealer CATS Motors since its Philippine market debut in 2010. With the JK, as the third-generation model is referred to, replaced by the all-new fourth-generation JL last week, we had to get the low-down on the possibility of seeing the diesel variants on local roads once more, and even possibly, the Gladiator pickup truck.

CATS Motors President Rene Nuñez says they remain extremely bullish on the all-new Wrangler. “The Wrangler practically sells itself,” he says. “Despite the price increase of the fourth-generation Wrangler over the previous one, you have to appreciate what Jeep has done here. Not only have they come up with what remains an iconic design, but they’ve managed to digitize that. This is truly the first digital Wrangler and buyers need only to experience what the new Wrangler can do both on- and off-road to see what Jeep engineers have come up with.”

Realizing that the all-new Wrangler can potentially expand Jeep’s market reach beyond the hardcore off-roader, we just had to ask about the possibility of bringing in the diesel variants of the Wrangler.

Unfortunately, Jeep Philippines has no plans to bring in the diesel-powered Wranglers yet, according to Mr. Nuñez. He says this has a lot to do with the additional cost of the diesel engine which will make the Wrangler prohibitive to a lot of buyers.

But when asked about the Gladiator, Mr. Nuñez beamed and smiled wryly.

“The Jeep Gladiator is something we’re very interested to bring to the Philippines,” he said. “When the excise tax became more favorable to pickup trucks, our RAM sales surged. So, if FCA allows us to bring in the Gladiator, we foresee the same effect.”

As a backgrounder, the Jeep Gladiator is a mid-sized pickup truck (think Ranger or Colorado) based on the Wrangler JL. It’s been stretched to accommodate a large cargo bed with no compromises to its off-road capability. It even shares the Wrangler’s engines, particularly the 285 horsepower, 352 Nm of torque 3.6-liter Pentastar V6 engine and the aforementioned 3.0-liter V6 diesel.

For Jeep Philippines’s part, they said that 2019 will be a “very busy year for the brand” and that that launch of the Jeep JL “is the first of any new products they’ll be launching this year.” With one of the new products already revealed to be the 2019 Cherokee compact SUV, hopefully they’ll also consider bringing in the Gladiator as well.

One of the products has already been announced: the 2019 Cherokee compact SUV. Hopefully, the next one would be the Gladiator.
at 11:27 AM