Is the Philippines Ready for a P 100-Million Car? Pagani Now Under The Autohub Group 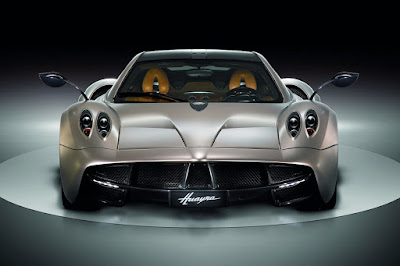 Since every Pagani automobile is bespoke, designed around the dreams of its owner, The Autohub Group is in the process of setting up a Pagani Lounge in Bonifacio Global City where interested buyers are given the chance to explore various customization options. If the buyer has specific requirements, for example wishing to have his or her Pagani shipped to another country besides the Philippines, The Autohub Group can make those arrangements.

“We first met Horacio Pagani back in 2015 in Shanghai, China and then we visited the Pagani factory in Modena, Italy in the same year,” reveals Mr. Willy Tee Ten, Autohub Group President. “He’s a really humble guy considering what he did for the whole automobile industry. Now that he’s in Manila, I’m looking forward to seeing his creations on our roads very soon.”

Mr. Tee Ten reveals that several people have already expressed interest in acquiring a Pagani, but he cannot elaborate further citing customer privacy. He did give hints that pricing for the standard model starts at 1.056 million Euros (~ P 62.67 million). Looking through the options list, some bespoke features can quickly increase the price. The “Full Carbon Bodywork” for example will set owners back 112,500 Euros (~ P 6.67 million)—enough to buy a Porsche. It won’t be an exaggeration to expect a Pagani to cost something north of P 100 million.

As Horacio Pagani set foot in Manila, he does so in the wake of an important milestone. Coinciding with The Autohub Group’s 20th anniversary, Pagani is also celebrating the 20th year since the brand’s first commercial release—the Zonda C12. Debuting at the 1999 Geneva International Motor Show, it fused Formula One technology with the science of space rocketry, rightfully earning it the status of “the hypercar.”

Even at 20 years old, the Zonda remains one of the most iconic cars ever made. As a self-taught car designer, Pagani took 7 years to develop the Zonda, combining emotion and functionality, art and science at each step of the way.

Today, the Zonda’s successor, the Huayra is just as celebrated as its predecessor. It has helped Pagani grow from the dream of a single man to a company with 177 artisans, all driven by the same passion that birthed the Zonda. Each car that comes out of the Modena-based atelier is a hand-built work of art, continuing the original spirit that defined the first Zonda.
at 8:38 AM