What in the World is WLTP?! 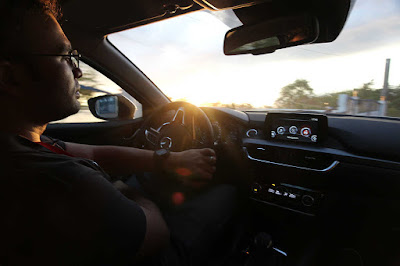 If you’ve taken in enough Geneva Motor Show news in the past few weeks, eagle-eyed readers will notice that carmakers have begun quoting their fuel mileage using WLTP. What exactly is this new fuel mileage standard and how does this differ from previous testing methods?

WLTP stands for Worldwide Harmonized Light Vehicle Test Procedure and contrary to popular belief, it preceded the “Dieselgate” emissions scandals that shock the automotive world in 2015. It’s the fruit of the United Nations’ plan to merge existing fuel economy standards such as Europe’s NEDC, the U.S.’s EPA, and Japan’s JC08, something they’ve been working on since 2007. Before its roll out in 2017, automotive experts from Europe, the U.S., Japan, and India all worked together to come up with the new standard.

According to automotive experts, existing fuel economy measurements, be it NEDC, EPA, or JC08 are flawed because they’re conducted in a purely laboratory setting. With that, they’re inclined too much towards theoretical driving making the resulting figures almost impossible to achieve in the real-world.

Though tests done using the WLTP standard are still done in a laboratory, they use real-world data collected from around the world in order to create a more realistic everyday driving profile.

The WLTP driving cycle is divided into four parts with different average speeds: low, medium, high, and extra high. Each part contains a variety of driving phases, stops, acceleration and braking phases. Moreover, unlike NEDC which tests just one variant of a particular powertrain type (so typically carmakers enter the lightest, and therefore the most economical one), WLTP tests a car’s lightest (most economical) and heaviest (least economical) versions.

Oh, and thanks to Dieselgate, the U.N. has caught on and isn’t relying on laboratory data alone for emissions. Instead, they’re adding a separate Real Driving Emissions (EDE) tests to verify data captured. Literally, during RDE tests, cars are fitted with a portable emissions testing system and are driven on a variety of roads. In this case, they do allow some disparity for compliance, but not as high as the Dieselgate offenders which were 40 times more polluting in rear-world versus laboratory conditions.

Currently, Europe has already shifted away from the NEDC to the WLTP standard since September 2017. All cars launched after then had to be tested using WLTP protocols and just last September 2018, the same standard has been applied to all newly-registered vehicles there. It’s worth noting though that the U.S. has opted to pull out of the worldwide agreement and instead opted to revise its own EPA fuel economy and emissions rating system.

Manufacturers based in Europe were hit hard by the introduction of WLTP testing. The longer emissions cycles and twice the number of vehicles needed for testing, as well as the upgrading of emissions equipment all required massive financial investment. The backlog of testing and certification prevented the sale of many models after the introduction of WLTP, and some carmakers reported that their sales dropped as much as 18 percent. Plus, the more realistic test results may increase taxes and registration fees, especially those based on fuel efficiency and/or emissions.

Moving forward, this will have an effect on cars sold elsewhere too. It’s conceivable that the introduction of WLTP as well as the tightening emissions requirements will cause carmakers to trim their model variants and options lists extensively to limit the emissions-certifications costs.
at 1:22 PM

Email ThisBlogThis!Share to TwitterShare to FacebookShare to Pinterest
Filed Under: Engines, Feature, Technology