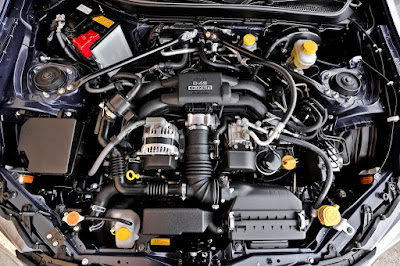 A US-based safety advocate wants the National Highway Traffic Safety Administration (NHTSA) to investigate how Subaru, but more specifically, Toyota is handling the valve spring recall after complaints are starting to mount of engines knocking and stalling after the recall work was done.

A report from Automotive News says Jason Levine, the executive director of the Center for Auto Safety is calling the NHTSA to review the ongoing recall remedy after numerous customer complaints began to surface about engines seizing after the defective valve springs were replaced. He went so far as to suggest that Toyota and Subaru “cease recall repairs and provide vehicle owners who received the repair a loaner [vehicle] until the problem is identified.”

Though the valve spring recall is affecting various Subaru models, Levine is zeroing in particularly on the Subaru BRZ / Toyota 86.

Owner forums have suggested that Toyota dealer technicians may not be as adept at handling horizontally-opposed Boxer engines as Subaru, resulting in the engines breaking down after the valve spring recall work had been done on them. One theory is that Toyota technicians may be improperly applying RTV sealant to the engine during re-assembly. Loose pieces of cured sealant could potentially clog oil passages restricting oil flow and potentially causing damage. This has been corroborated by a spokesperson from Subaru of America who confirmed that only “one person returned for a post-recall fix.”

At this point, it’s worth pointing out that fixing this valve spring defect is a very intricate process and requires a very good understanding of how Boxer engines work. Thus, it’s advisable that only certified technicians handle it. It could possible serve as a lesson that if you plan to buy a Subaru-engined car, perhaps it is best to stick to something with a Subaru badge upfront.

For security and peace of mind, Motor Image Pilipinas says they are pointing owners of affected vehicles to their C5 – Pasig and Manila Bay dealerships because the valve spring work can only be done by their most senior (and seasoned) technicians. Since this work will require about 12 hours, it is critical to set an appointment ahead of time to make sure your unit can be accommodated. Regardless, any work on the valve spring at any authorized Subaru dealer carries a separate one-year warranty against any defect.

Source: Automotive News
at 8:15 AM