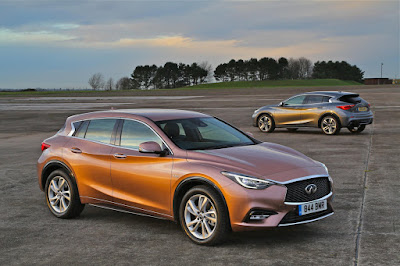 Nissan’s luxury division, Infiniti has announced that they will be withdrawing from Western Europe and will be concentrating their efforts instead on the two largest markets in the world, North America and China.

While the move won’t have any impact on Infiniti’s operations in Eastern Europe, the Middle East and Asia, the luxury subsidiary did say that they plan to discontinue their diesel offerings and focus instead on electrifying its portfolio. In addition, they will be producing more SUVs in a bid to become a top challenger in the premium segment.

Infiniti’s planned withdrawal in Western Europe happens in early 2020 (likely before the start of the Japanese 2020-2021 fiscal year). The company says retail operations will continue until a tailored transition plan is in place. This includes aftersales service, maintenance, and warranty repairs for affected customers.

This restructuring also means the end of the Q30 and QX30 which will cease production by the middle of this year at its sole manufacturing location in the U.K.
at 9:47 AM